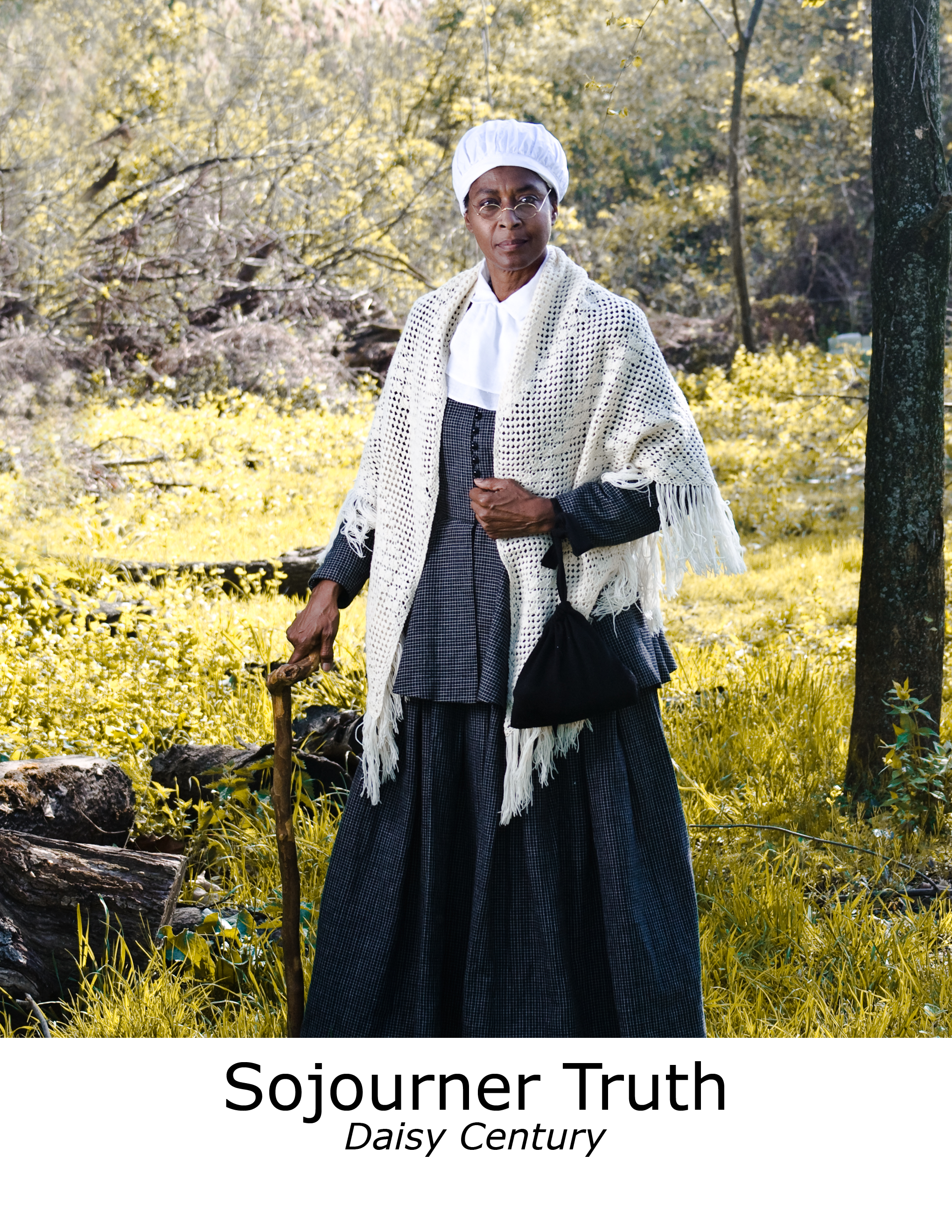 Born Isabella Baumfree, the slave from a small town north of New York City changed hands several times, sold by one brutal owner to another just as harsh. In 1826, having been promised freedom, but then cruelly denied emancipation, she left her current owners and found her way to the Van Wageners’ home. There she had an epiphany, became a devout Christian, and renamed herself Sojourner Truth, after which she began her travels as a preacher. In 1850, Sojourner began speaking on women’s suffrage, believing the causes of abolition and women’s rights to be intertwined and equally important. Ms. Truth’s most quoted speech, “Ain’t I a Woman?” was delivered at the Ohio Women’s Rights Convention in Akron, Ohio.

Dr. Daisy Century and Ms. Sojourner Truth are both powerful singers and very intelligent women, whether self-taught or academically trained. Almost as impressively tall as the woman she portrays, Century gives a commanding performance of Ms. Truth, bringing to life a woman undeterred by incredible obstacles, a woman who mixed with the leading figures of her day, including Susan B. Anthony, Abraham Lincoln and Ulysses S. Grant. Audience members are urged to consider the twin goals of racial and gender parity of equal importance.